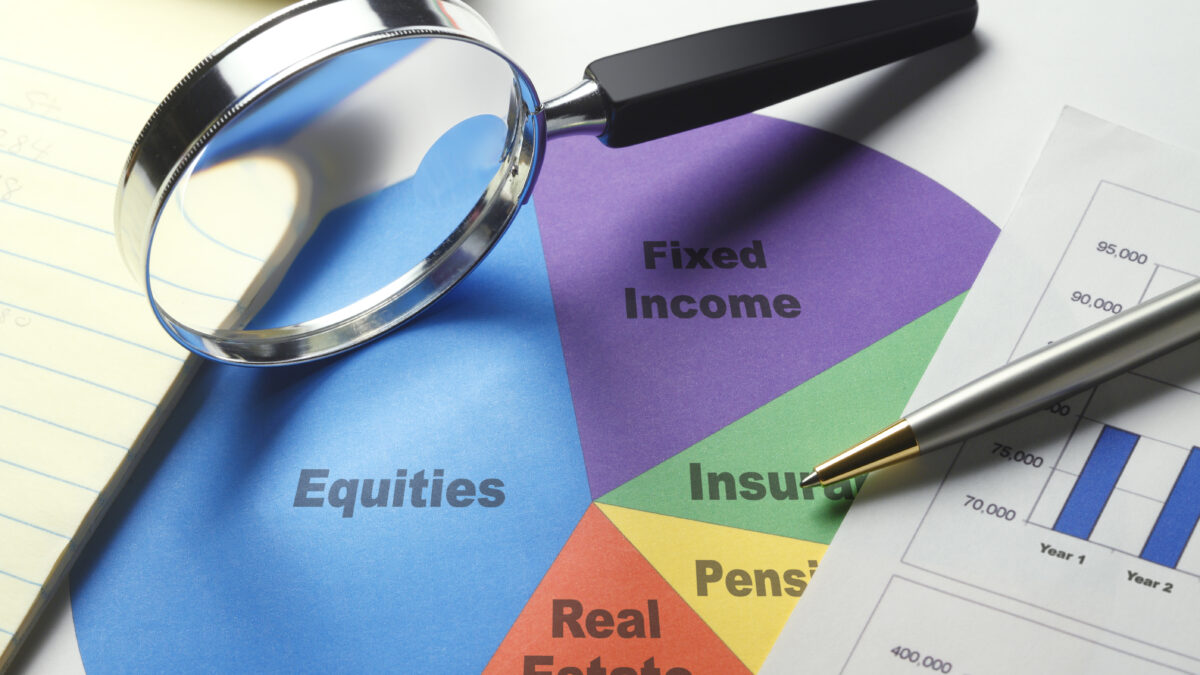 A magnifying glass and a ballpoint pen rest on top of a pie chart that divides several of the core pieces of any financial plan including real estate, insurance, pensions, fixed income, and equities.

October provided some respite from the recent drawdowns in interest bearing markets and traditional riskier asset classes. We have seen supply chains healing, boosting hopes of a possible return to productivity in the global economy, but more importantly, lessening the effect of these issues on supply push inflation going forward.

Major central banks have continued on their path of tightening monetary conditions to curb the historically high inflation rates seen over the past few months. The UK and EU has seen another month of record price increases, while US inflation remains significantly higher than that experienced over the past 30 years.  Some reprieve has come in the moderation of the global oil price, but food and services inflation remain stubbornly high across the globe. On the back of this we have seen a fourth consecutive 75 basis point rate increase by the Federal Reserve in the US resulting in further tightening of monetary conditions in the largest economy in the world. This has resulted in financial turmoil for some tech companies and has touched households heavily, especially in the form of mortgage financing rates, which have increased from 3.1% in October 2021 to 7.1% currently.

In South Africa we saw the Finance Minister table the Medium-Term Budget Policy Statement (MTBPS), which included improved revenue estimates and debt metrics for the South African treasury. This is positive for our interest-bearing market as the perceived creditworthiness of our sovereign debt has improved significantly since the start of the Covid pandemic. The budget also included vague details on State Owned Enterprise (SOE) debt relief. Among this was relief in the form of an equity injection for Transnet and Denel, a deal for Government and Gauteng province to pay off a portion of Sanral’s debt, and most significantly, indications that Treasury will take over between a third and two thirds of Eskom’s Debt with more details to be released after stakeholder engagement.

South African money markets were as stable as ever with the Stefi (a composite of various cash deposit rates) returning 0.51% over the month. We saw a relative flattening in the money market yield curve illustrated by the 3-month JIBAR rate increasing by 5 basis points and the 12-month rate declining by 21 basis points. Banks have been less inclined to chase deposits since the implementation of the new monetary policy implementation framework, which has resulted in floating deposit rates to remain static over the past two months.

Local nominal bonds pared some of their losses from previous months.  The FTSE JSE All-Bond index returned 1.07% for the month of October. Foreign investors remained net sellers of SAGBs, with this month’s net outflow being another big block of R23.2 billion. Investors preferred the short and medium end of the curve with further curve steepening over the month of October. The best performing area of the yield curve was the 3-to-7-year maturity area which returned 2.01%. The worst performing segment was long dated bonds (12+ years) which returned only 0.77%.

As inflation expectations moderate for the next few years, we are seeing a continuation of underperformance in the longer dated inflation linked bonds. The Inflation linked bond index (CILI) lost (-1.26%) over the month, while the segment of the index with less than 3 years to maturity lost merely (-0.14%). If inflation prints continue to moderate over the medium term, it is likely that this trend will continue.