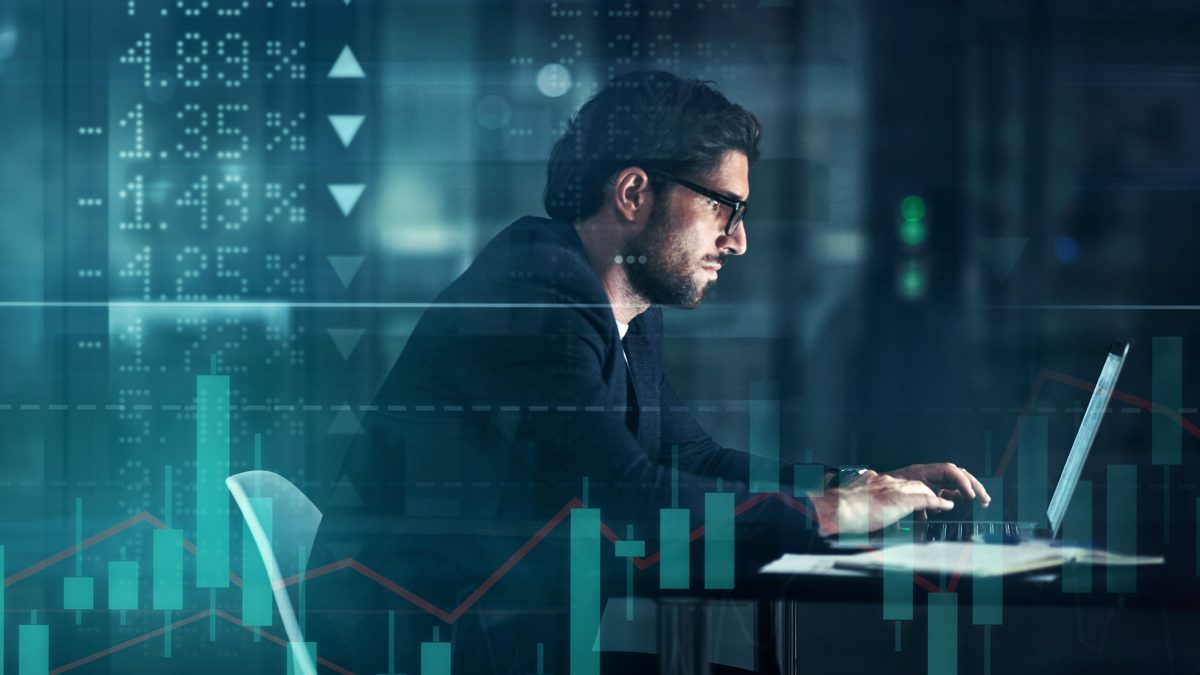 Tonight its all about hard work

The third quarter of 2022 continued to be a volatile and turbulent period for world markets. Not only did inflationary fears hold sway, but central banks continued to increase rates worldwide in a bid to temper them. A defining feature of the period was the broader impact the war in Ukraine has wrought on world economies.

US markets were notably weaker for the period, with the Dow Jones Index down almost 7%, the S&P down just over 5% and the Nasdaq lower by just over 4% for the quarter. Inflation remains a concern and there is some suggestion that interest rates in the US could be sustained for much longer than anticipated, possibly triggering an earlier recession.

CPI rose unexpectedly in August, largely on the back of higher food prices and rental costs, leading to the biggest market sell off since 2020. In response, the Federal Reserve again raised rates by 0.75%, constituting the third 0.75% increase for the year. This translates into a cumulative increase of 3% since the start of the rate-hiking cycle in March. Furthermore, the market expects a further 1.5% increase in rates (combined) at the next two meetings of the Fed.  Although the increase was in line with market expectations, the tone emanating from the members of the Fed was more hawkish than anticipated, with the economic projections post the meeting forecasting even higher rates, higher unemployment, higher inflation, and less growth. Fed Chair, Jerome Powell, again reiterated the need to maintain rates at higher levels for an extended period, as the current economic climate would be painful to the public, but less painful than rampant inflation.

Across the Atlantic Europe followed suit, with the FTSE down just over 3%, the Dax down 4%, and the Cac by just under 3% for the quarter.

In the UK, the new Conservative government under newly-elected Prime Minister, Liz Truss, and her freshly minted Chancellor of the Exchequer, Kwasi Kwarteng, announced a new emergency UK budget with a heavy reliance on borrowing to fund tax cuts and consumer subsidies. These radical policies were poorly received by investors, resulting in the pound weakening aggressively against the US dollar by some 4%. The newly-announced tax and subsidy measures also ignited concerns that they could further fuel inflation and weaken the UK’s overall financial stability. Moreover, it is expected that the announced personal income tax cuts at the upper band will add to the nation’s inequality gap, making the UK the most unequal from an OECD composite.

Inflation in the Eurozone also continued to hit new highs, with headline inflation reaching a new record of 9.1% YoY in August, compared to the July print of 8.9%. The increase was driven by high energy prices which rocketed by more than 40.8% for the year. With the continuing high inflation in Europe, there is an expectation that the European Central Bank (ECB) will increase rates by another 75 basis points at its October meeting. At its previous meeting, the ECB hiked interest rates by 75 basis points (in line with expectations), pushing it into positive territory for the first time in a decade.

Germany, the Eurozone’s largest economy, also recorded unprecedented double-digit inflation levels, printing at 10.8% YoY in September, against the revised 7.9% YoY print for August. France’s inflation rate decreased, however, to 6.2% YoY in September vs 6.5% YoY in August. However, Europe’s GDP grew 4.1% YoY in 2Q22, coming in above market expectations, with the Eurozone July unemployment rate remaining at a record low of 6.6%.

China’s stated strict adherence to its zero Covid policy has interrupted both consumer spending and industrial production, while the property market continued to struggle. Nonetheless, China’s official manufacturing purchasing managers index (PMI) unexpectedly expanded to 50.1 in September, compared with August’s 49.4 print, and July’s of 49.0. The official non-manufacturing PMI, which measures business sentiment in the services and construction sectors, fell to 50.6 in September from August’s 52.6 print and July’s reading of 53.8 (the 50-point mark separates expansion from contraction). Chinese retail sales also beat expectations, up by 5.4% YoY in August vs the July YoY increase of 2.7%, with strong vehicle sales (+15.9% YoY) leading the way on the back of government tax cuts and subsidies.

As with the trend in international markets, the South African market followed suit, with the All-Share Index down by 3.8%. This weakness was replicated amongst the local indices, with resources down by 5.5%, financials by 6%, and industrials by 2.5%.

As in international markets, inflationary fears remained firmly in the mind of SARB governor, Lesetja Kganyago, and his colleagues at the SARB. On the back of this, the SARB again raised rates by a further 0.75%, the second such increase in succession (in July and September), raising the repo rate to 6.25%. Furthermore, it is expected that the SARB will raise rates at least by a further 50 basis points at its November meeting. It is anticipated that further rate hikes will be dependent on whether inflation, as suggested by current market forecasts, indeed peaked during the third quarter. Concerns were raised post the September commentary when it emerged that two members voted for 1% rate increase at the September meeting, hinting at a hawkish split of preferences between the members of the MPC.

Inflation numbers for the quarter showed a steady increase with the July number printing at a 13-year high of 7.8%. We did, however, see a moderate decline in the August headline number, dropping to 7.6%, with the core number moderating from 4.3% to 4.2%. The latter number is seen as a temporary decline, with CPI heading back up due to higher rental and medical inflation costs. From a transport perspective, we saw the fuel price dropping, with cuts of 132 c/l in August, 204c/l in September and an expected 117c/l in October.

Corporate activity was also evident in the local market, with MTN making a play for Telkom in July, followed by Rain, pitching for a Telkom merger in September. We also saw Walmart making an offer to Massmart minorities in late August to buy-out and delist the company.

The world is still engulfed in a level of geopolitical risk that hasn’t been seen since the second world war, with Russia even raising the spectre of nuclear war. While supply chain disruptions have abated slightly, developed nations have seen structural inflation coming to the fore after years of loose monetary policy. While most emerging markets have not seen demand-push inflation, these economies have been struck with immense imported inflation through necessities such as oil and resources.

Central banks across the world have been struggling to ‘get a handle’ on the growing issue of inflation. While almost all central banks have been tightening monetary policy by both raising policy rates and balance sheet reduction, few have directly implemented quantitative tightening. Some major central banks, such as the Bank of England, Bank of Japan, and the Peoples Bank of China, have been forced to intervene through asset buying to shore up currencies and bond markets.

As noted above, the South African Reserve Bank (SARB) continued measures to curb heightened inflation, most notably by raising the repo rate by 75 basis points in both their July and September meetings. The increased pace of rate increases follow inflation breaching the top-end of the SARB inflation target of 3-6% and brought the total increase over the quarter to 1.5%, setting the quarter-end repo rate at 6.25% or just 50 basis points below the pre-pandemic level.

Short- and long-term money market rates were mostly influenced by the policy rate change, increasing after both SARB meetings, while the spread over repo remained stable during the quarter. Spreads on money market instruments tightened significantly, however, with the spread of a one-year floating rate deposit dropping from 80 bps to 62.5 bps over the quarter. The tightening can be attributed to the newly adopted monetary policy implementation framework, in which there is less demand for capital from the large banks.

The bond market saw increased volatility over the third quarter, with the most impact coming from global events and risk sentiment. Foreigners remained net sellers of South African Government bonds, with both July and September seeing outflows of over R20 billion. The bonds held up well until the final month, however, with September bringing a drawdown of -2.11%, muting the All-Bond performance over the quarter to 0.60%. Performance of the various tenors were mixed, with the short-end (1-3 years) returning 0.65% and the long-end (12+ years) returning 0.55% over the quarter.

Inflation-linked bonds have been the darling of interest-bearing assets for most of the year, the third quarter brought about a pullback in the linkers as forward inflation expectations are lowering rapidly as the SARB responds to the current higher inflation. The FTSE/JSE Inflation-Linked Index (CILI) pulled back by -1.00% over the quarter, with the shorter-dated linkers posting a positive 1.71% return as the market has priced in high inflation in the short term. The back end detracted, however, as investors saw inflation dropping back into the SARB target band in the medium term.

In light of this fixed income review, it is important for Warwick clients to note that the Cadiz money market funds have consistently outperformed their respective benchmarks and peers, thereby providing liquidity through a low-risk investment vehicle. Similarly, our enhanced income, absolute yield and bond funds have provided benchmark-beating returns with low variability within a low to medium-risk framework. Investing in our fixed income funds, therefore, provides the express benefits of high liquidity and low variability of returns, backed by a sound and tried-and-tested investment philosophy and process.