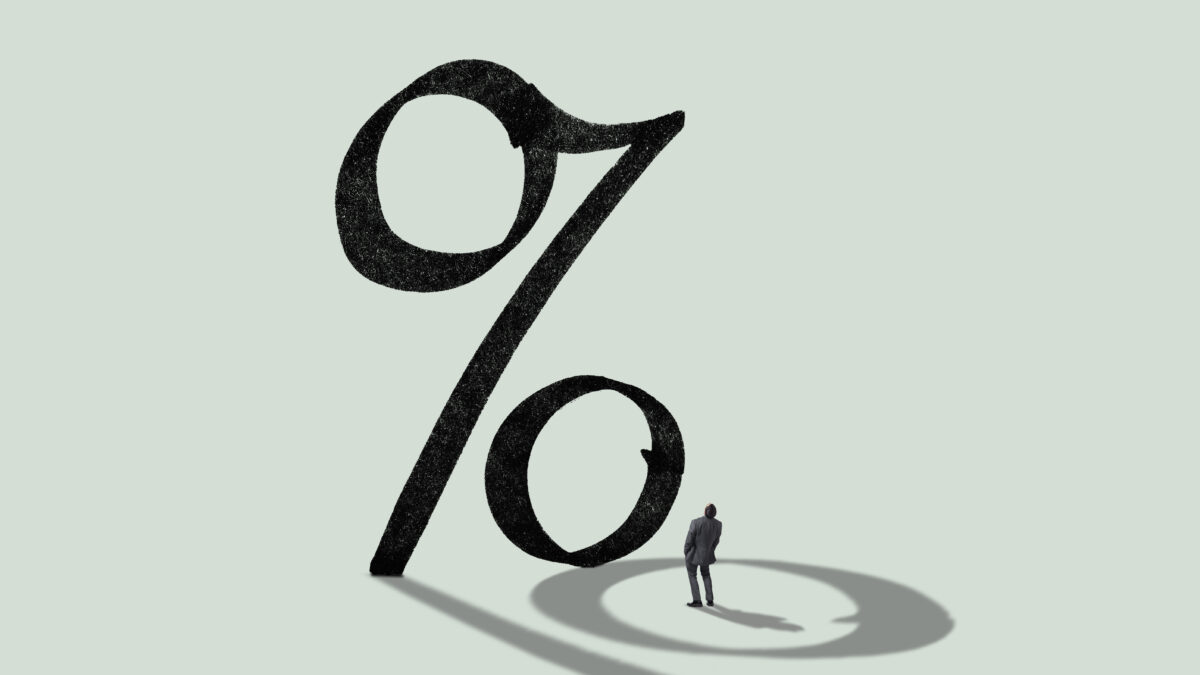 A man leans back and looks up at a large percentage sign that casts its shadow and towers above him.

November continued the trend of positive performance delivered by the major domestic investment asset classes. We saw impressive returns from bonds, equities, cash, and currencies as global investors piled back into emerging markets. The positive shift in risk sentiment was propelled by less hawkish comments made by US Federal Open Market Committee (FOMC) president, Jerome Powell, as well as a lower perceived risk of a global recession.

Global central bankers continued to tighten financial conditions in November. Notably, the FOMC increased its benchmark interest rate by another outsized 75 basis points (bps) while remarking that the rate of increases will likely be lower in coming months. The South African Reserve Bank (SARB) also raised the local benchmark interest rate by 75 bps, bringing the Repurchase Rate to 7.0%. This is 25 bps higher than before the Covid pandemic.

South African money market investments were consequentially impacted by the SARB raising its benchmark interest rate. The money market flattened significantly with the 3-month Jibar rate increasing 68 basis points and 12-month Jibar increasing by a mere 14 basis points over the month of November. The one-year treasury bill remained unchanged over the period at 8.27% as the National Treasury elected to lower the T-bill issuance for the remainder of the year.

There was a similar trend in the South African nominal bond curve. While yields eased, the majority of the of the move was in the longer end of the yield curve, with the R186 yield decreasing by 35.5 bps and the yield of the longer dated R2040 falling by 60 bps. This translated into the long end of the All-Bond Index (12-year + term to maturity) returning 4.60% over the month and short end bonds (1- to 3- years to maturity) returning significantly less, at 1.67%. The overall return for the All-Bond Index was 3.91% for November.

As noted earlier, the October inflation print surprised slightly to the upside, rising 0.1% to 7.6%. This was mainly due to an under recovery in food prices, as the weak Rand led to higher import prices. Inflation-linked bonds recovered well as real yields continued to decline. As was the case in nominal bonds, the linker curve flattened, with the I2025 real yield declining by 4bps and the I2050 real yield falling a more pronounced 15bps. The inflation linked bond index returned 0.64%, with most of the performance attributed to the long end of the curve (12-years+) which returned 2.27%.